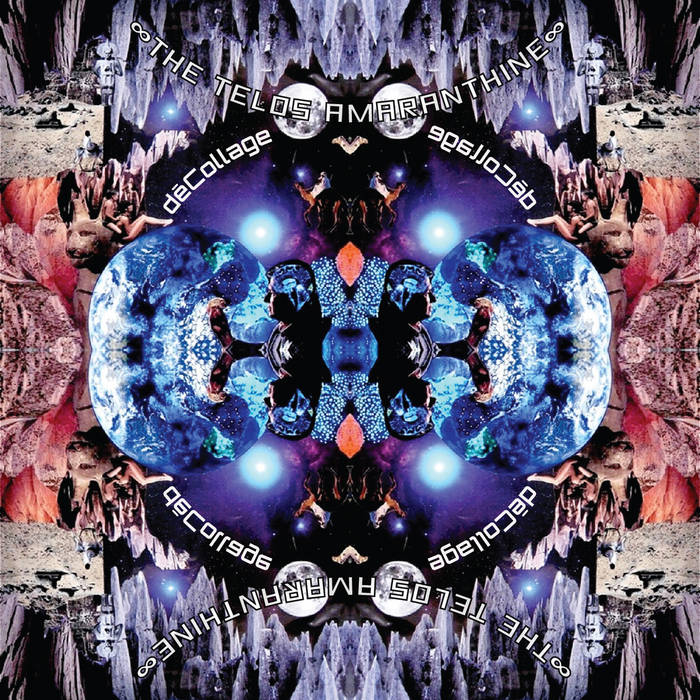 "Psychedelic Avant-pop artist, déCollage, known to some as Reed Fuchs, fan funded his conceptual debut album, ∞The Telos Amaranthine∞, released at Unit E 10/25/12. déCollage’s ineffable genre-defying debut LP transcends our lexicon, but can be imagined as a crystal prism that you twirl around in your mind’s eye, watching, unfolding in Technicolor upon every listen. ∞TTA∞ is best described as Surrealist Adventure Music: Salvador Dali’s paintings translated into a post-modern sonic collage.”
~Corey Blecha, Colorado Music Buzz

∞TTA∞ is a cosmically cohesive album, synthesizing an eclectic pallet of electronic and organic instruments. The record was written over a three year period and slowly became a monolithic task as each song threatened to exceed 180 instrument tracks. déCollage takes a Maximalist approach and favors dustpans, paint cans, and trash kit instead of a traditional drum set. The music is painted over a canvas of found sounds Reed field records, including: leaves, zippers, trains, typewriters, Zippo lighters, and circuit bending. Most songs contain 3 of déCollage’s signature instruments: the Tongue, Circuit Bent, and Wineglass Synthesizers. Instead of the standard verse chorus formula, déCollage chooses amorphous song structures that never repeat, flipping the concept of chorus’s on its head.

∞ “First single, “And how I proposed (my love) to you in Euliki City;” is déCollage’s cover of “My Love” by Justin Timberlake. It’s the first ever déCollage recording and reimagines JT’s straightforward 4/4 time signature with vibrant push/pull alternations between 3/4, 5/4, and 7/4, atop familiar, yet transmogrified melodies. It’s pop music that sounds absolutely nothing like pop music.”
~ Harrison Garcia, Examiner

∞ The album is a circular ouroboros without a beginning or ending; you could literally listen to it forever without a moment of silence.

∞ To achieve aesthetic harmony, ∞TTA∞ is perfectly symmetrical. Half way through, the record folds back on itself like an infinite Möbius strip, where the first five songs are reversed and flow gaplessly back into each other.

∞ Reed explains, “I wanted to make a piece that is impossible: in that it requires the listener to take it in in its fullness, yet the medium of music, by its very nature is confined to being heard chronologically. The duration of life is exceedingly brief, lasting only while a thought lasts. Just as a chariot wheel in rolling rolls only at one point of the wheel; ∞TTA∞ is a circle confined to being heard one brain bit at a time; curiously, in exactly the same way a human’s life lasts only for the period of one seamless stream of thought.”

If Salvador Dali’s paintings were translated into music, they would sound like déCollage. déCollage is a community of artists and musicians fused together by mad audio scientist, Reed Fuchs. Their shows are known for being theatrical, avant-garde, and free-spirited. déCollage is interested in sounds for their own sake; in this way their music is World, the world of sound, the world’s sound. ... more

Bandcamp Daily  your guide to the world of Bandcamp

Featuring interviews with the mighty Haitus Kaiyote and genre-busting L'Rain.