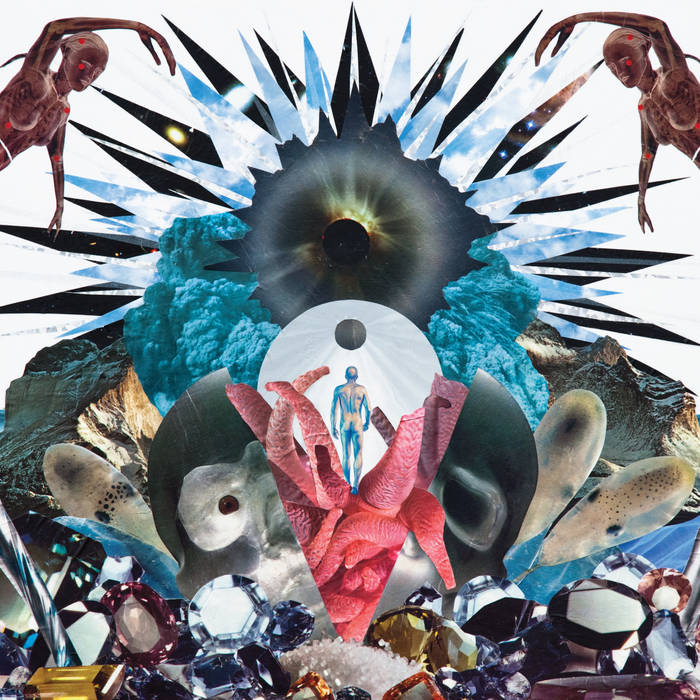 déCollage performed with of Montreal & Diane Coffee Oct 28th and released Psycholodge EP through Moon Magnet's Lunadrifter, the label's custom smart phone app from Ghost Time Games. It's synesthetic and you won't ever play the song the same twice. As the listener draws, kaleidoscopic fractals follow and affect the music with filters, FX... it's even possible to slow/speed/reverse every song and send a remix video to friends!

deCollage in the Press:

Culture Magazine: ireadculture.com/indulge-your-senses-in-sound/
"Truly, déCollage are about indulging all the senses in their live performances, not just providing aural entertainment. For this reason, they will be releasing their new record in a very interactive, synesthesia-inducing format, where the listener can manipulate the songs."

Marquee Magazine: marqueemag.com/2015/11/de-collage-psycholodge/
"Producer Reed Fuchs, who recorded, mixed and mastered the entire project, seems to be quite literally making a collage of psych with his team of cosmic explorers. Weaving together a vast array of genres into a tapestry of sounds heavy on experimental psych. The release was through Moon Magnet’s Lunadrifter custom app, which couples the ambient, spacey songs with equally visually out-there fractals and heady images that the user/listener can manipulate sonically and optically on the fly."

AXS: www.axs.com/news/zammuto-to-play-moon-magnet-s-cd-release-party-at-lost-lake-18043
"Moon Magnet is a hive for artists to experiment making new flavors of honey and the energy here facilitates a spirit of endless possibilities. We want to inspire other people to try new things. You can do anything with practice, barriers are mostly mental."

Hey Reverb: www.heyreverb.com/blog/2015/10/26/psyched-out-denvers-flaural-and-decollage-are-sick-of-your-labels-man/109232/
"While the band has psych-rock tendencies, it strives to push sonic boundaries by making art imitate life. Fuchs takes sounds from the world around him, even at breakfast. Yes, the grinding of coffee makers or the stirring of oatmeal can be made into a mind-bending soundscape. Fuchs’ experimental vision inspired the new “Lunadrifter” app, a trippy mobile game that allows fans to interact with déCollage’s upcoming “Psycholodge” EP. Gamers can choose a song and manipulate it using various filters or effects. This creates a wildly colorful kaleidoscopic vortex that they can share with friends.”

If Salvador Dali’s paintings were translated into music, they would sound like déCollage. déCollage is a community of artists and musicians fused together by mad audio scientist, Reed Fuchs. Their shows are known for being theatrical, avant-garde, and free-spirited. déCollage is interested in sounds for their own sake; in this way their music is World, the world of sound, the world’s sound. ... more

Bandcamp Daily  your guide to the world of Bandcamp

Featuring interviews with the mighty Haitus Kaiyote and genre-busting L'Rain.